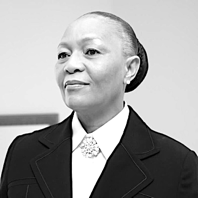 Chairperson; Spoornet Commission of Enquiry (into the Fatal Incidents)